What are the signs and symptoms of dissociative identity disorder? 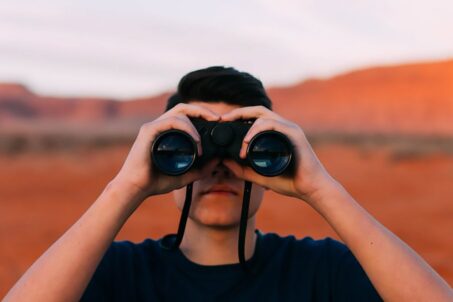 One of the major difficulties of dissociative identity disorder is that it is so often a ‘disorder of hiddenness’ (Howell, 2011, p.148). Many people with DID have grown up in an abusive family environment where they are sworn to secrecy and where hiding becomes a way of life. In adult life, the stigma and sense of shame around both sexual abuse and mental illness is a strong deterrent to making our history and condition known. And implicit to DID is a disconnection from or avoidance of both the trauma and the dissociated parts of our personality.

It is not surprising that many people with dissociative identity disorder do not appear to people around them as if they are suffering from any kind of mental health problem. Even spouses and partners can be kept in the dark for many years and it is very common for people with DID to hold down responsible and often highly-skilled jobs where colleagues and employers hold them in high esteem for their professionalism. The need to hide our struggles can be a major part of having DID. A large number of people with DID are private to the point of secrecy about their disorder, as shame is such a central facet. The ‘signs and symptoms’ of DID can therefore be non-existent to many people.

For some, this seeming normality continues until a particular stressor or life event precipitates a sudden and debilitating breakdown, where the exterior veneer of ‘normality’ is ripped away and dissociative and post-traumatic symptoms become very evident. Others may struggle at a lower level for many years, holding everything together during the daytime, whilst nights are chaotic and disturbed. Some people are so traumatised and have had so little appropriate treatment that they are long-term, ‘revolving-door’ patients in the psychiatric system and in some cases require 24-hour care: dissociative identity disorder exists on a huge spectrum and whilst the same underlying mechanisms of surviving trauma are at work, they are expressed differently depending on a number of factors including level of support, economic status, other comorbid conditions, physical health, education, temperament and personality.

Someone who has dissociative identity disorder may have distinct, coherent identities within themselves that are able to assume control of their behaviour and thought. When they ‘switch’ to these parts, they may be totally unaware or they may be conscious of themselves acting and talking in a manner different to normal. They may feel that they are just watching what is happening from a distance, incapable of intervening, as if it is not really ‘them’. They may or may not be aware of these ‘alter personalities’, who may present with different names, mannerisms, gender identity, sense of age etc. These ‘alters’ or ‘parts’ very often have a different way of perceiving and relating to the world as well as different characteristics, memories, sense of identity, and emotions.

Switching to another part can sometimes be very subtle whilst at other times it is very obvious to an observer: there can be dramatic changes in tone of voice, body posture, use of language and levels of eye contact, to name but a few obvious signs. The person with dissociative identity disorder however may not be aware that it is happening at all. They may just have a sense of losing time or incoherence about who they are and what they have been doing. They may pick up the conversation at the exact point at which they left it several minutes previously, before they switched, with only a vague sense of ‘missing’ something. They may appear to have fazed out temporarily and put it down to tiredness or not concentrating; or they may appear disoriented and confused. For many people with DID, switching unintentionally like this in front of other people is experienced as intensely shameful and often they will do their best to hide it.

Multiple symptoms rather than ‘multiple personalities’

In practice, the vast majority of people with dissociative identity disorder do not obviously present as if they have ‘multiple personalities’. Instead they present for treatment with a number of symptoms. Some of these are dissociative or post-traumatic in nature, such as flashbacks, hearing voices, ‘body memories’ and so on. But many symptoms may appear to be non-trauma-related, such as depression, substance abuse, eating disorders and anxiety.

Paul Dell (Dell & O’Neil, 2009) argues convincingly that the externally-observable ‘signs’ of switching between personality states are only a very small part of what dissociative identity disorder is like in practice. He says that instead it is characterised by ‘highly frequent intrusions into executive functioning and sense of self’ (p.227) and that these ‘intrusions’ occur more frequently than switching, perhaps as much as one hundred times more often.

These ‘intrusions’ may take a ‘positive’ or ‘negative’ form, i.e. they may be ‘additions’ or ‘subtractions’. For instance, a flashback is a sliver of memory that is an ‘addition’, an extra piece of information entering consciousness; conversely, amnesia is where memory has been taken away or subtracted so that it is no longer conscious. Similarly, an intrusion may be related to sensation, in either its ‘addition’ or ‘subtraction’ state: for example, pain that is felt that comes from the past (often called a ‘body memory’) is an intrusion that is an ‘addition’, whereas the loss of sensation or even full anaesthesia and being unable to feel a part of the body is that same sensation but as a ‘subtraction’.

Dell also argues that dissociation affects every realm of our lives: ‘There is no human experience that is immune to invasion by the symptoms of pathological dissociation. Pathological dissociation can (and often does) affect seeing, hearing, smelling, tasting, touching, emoting, wanting, dreaming, intending, expecting, knowing, believing, recognising, remembering, and so on’ (p.228).

Dell makes a distinction between ‘full dissociation’ and ‘partial dissociation’. In both states, remnants of dissociated trauma ‘intrude’ or push through from the unconscious into conscious awareness: these include flashbacks, and the many thoughts, feelings and sensations which suddenly come, unbidden, into our awareness, such as memories, smells, emotions, etc. ‘Full dissociation’ is when dissociative intrusions are fully excluded from consciousness, so we are not aware of them: they come to one part of the personality, but not another. They are therefore experienced only when a switch to another part of the personality has taken place and there is amnesia for the main ‘host’ or main part of the personality for what that other part is experiencing, thinking, or feeling.

‘Partial dissociation’ however involves intrusions that are only partially excluded from consciousness, and involves the person being ‘disturbingly…aware of the involuntary, ego-alien intrusions into his or her executive functioning and sense of self’ (p.228). Dell argues that the majority of the symptoms of dissociation occur with ‘co-consciousness’, i.e. with partial awareness, and that the classic portrayal of dissociative identity disorder ‘is so skewed that it constitutes a serious misrepresentation of the disorder’ (p.229).

Dell suggests a list of 29 symptoms which he argues more realistically represent the symptoms of dissociative identity disorder:

Dell’s list is a huge improvement on the stereotyped and minimalistic criteria in diagnostic manuals. He also mentions 5 ‘somatoform symptoms’, meaning symptoms related to the body, and other clinicians such as Ellert Nijenhuis stress the fact that somatoform symptoms are just as important as psychological ones in dissociative disorders. For example, people with dissociative identity disorder often are physiologically hyperaroused—wound-up physically, with an exaggerated startle reflex, and hence they may find it very difficult to relax and to sleep. There are frequent gastrointestinal problems, chronic medically-unexplained pain, and a high incidence of autoimmune-related disorders such as chronic fatigue syndrome, fibromyalgia and rhemuatoid arthritis.

Parts are only part of the problem

I have dissociative identity disorder. I have many separate, distinct and unique ‘parts’ of my personality. My ‘parts’ or ‘alters’ collectively add up to the total person that is me. I am the sum of all my parts. They are each a letter, and I am a sentence.

There are many ways to describe dissociation. This article takes a closer look at dissociation as it pertains to dissociative identity disorder and trauma.