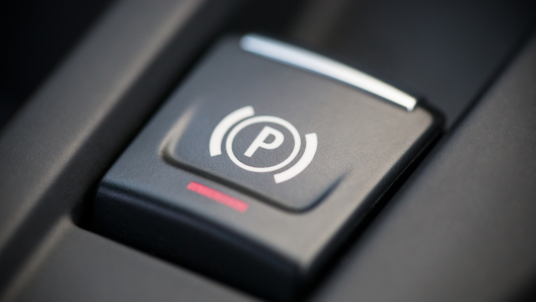 Shame is serving me well. It’s protecting me. But I hate it. I hate the drudging slowness it brings to my brain and my body. I hate the nauseating queasiness it makes me feel towards myself. I hate the way it makes me want to hide from the world, from people, even from myself. But I have to admit that, without it, I may not even be alive. Because shame is the handbrake on anger.

I wrote this in my journal a few years ago and recently rediscovered it. It was one of those embarrassingly frequent moments where I read back through journal entries from ten years ago and do a double-take on the date, because I could have written that entry just 10 days ago. My journal is an ode to Groundhog Day. The same issues, the same difficulties, the same dissociative blindness, again and again and again. It is – master of understatement that I am – a tad frustrating.

Sometimes I see progress. Startling, unprovoked – thunder-clapping out of nowhere into consciousness – I’m often surprised to read something that I no longer recognise. A decrease in self-hatred is perhaps the most palpable progress. Raw, putrid, maggoty self-loathing was the stuck-record theme of my journal entries across multiple decades. I don’t know when that began to diminish. Certainly there was no single magical moment – no epiphany, no date highlighted in the diary of ‘This is the day I stopped hating myself.’ And it’s not gone entirely. But generally now it flares only in response to very specific events, and unflares just as quickly. When did that happen? I can’t tell: the change was imperceptible but over a long period time.

But what about this shame thing? Will that ever go? Or will I paddle in it forever?

I delve back into my journal to see what progress, if any, I’ve made.

Shame is serving me well, I wrote. What did I mean by this? Was I capitulating to shame – singing its praises to hide my discomfort and servitude? Was I being seethingly sarcastic? No. I meant it. There was a genuine appreciation for shame playing a self-protective role in my life against the consequences of my anger. Anger, oh anger. Fury, rage and anger. Anger so large, so vicious, so hot that, fuelled by it, I wanted to destroy myself, the world and everything in it.

It was yet another of those Groundhog Day incidents in my life: a minor betrayal, an incidental loss of trust, a human being being imperfectly human: just self-absorbedly unaware of the impact of their actions upon me. Nothing heinous, nothing criminal (unlike so much of what has happened to me in life). Insignificant, really, in the scale of angrifying events. But there in my journal I wrote about the scalding rage that had erupted in me at this gut-punching relational slight. Aah, yes. Aah, anger. Aah, rage. And to protect me from lashing out, in came the shame.

In my twenties I struggled to ever contain my emotion when I experienced hurt or betrayal. I didn’t understand that my brain interpreted rejection as a threat to life and that it would respond with volatility and fear as if I were being eaten by a lion. I saw my frantic, amber zone outbursts of fight and flight as indicative only of my badness and madness, not as desperate attempts to feel safe in an eternally abandoning world. I would flee the relationship (the flight response) or I would conduct furious conversations with the offending party in my head (the fight response). But rarely did I tackle anything head-on. Because if I did, I feared my spluttering wrath would wreak irrevocable damage to the relationship. By blowing my top, I would blow the relationship. By saying anything at all, I reasoned, I would ruin everything.

And so, in my journal, I could see the progression of events. The immediate, reactive, reductionist anger and then the immediate dive back into myself, to smother my reaction and berate myself for my emotion. A sense of curling down within myself in horror at my anger and layering shame upon shame upon myself, taking the blame, taking the badness. No wonder my ‘friend’ had slighted me. No wonder they had said what they’d said and done what they’d done. The fault wasn’t in them: it was in me. I was the bad one. I ought to incur their wrath, rather than them mine. I was lucky enough for them to call me their friend – how dare I protest at their treatment of me? Shame, shame, shame. I’m bad, I’m wrong, I don’t deserve better than this. Sink into myself. Look down, don’t look up. Go small. Shame, shame, shame. I will take the blame; I will subsume all the badness of the situation into myself. Please-and-appease. Apologise for their wrongdoing, just to keep the peace. Shame, shame, shame.

Thus shame became the handbrake on my anger.

And so Shame is protecting me well, I wrote, some time later, having witnessed this pattern of behaviour in me. Because shame was stopping me ramming my victims to death (or at least the relationship with them). Shame was stopping me acting in a way that would beget further rejection. Shame was getting me to shut up and put up to prevent further damage.

This was my pattern throughout childhood. I couldn’t afford to be angry with the people who were abusing me, so I rationalised that their abuse was justified because I was so bad. I deserved it; I caused it; I invited it; I even enjoyed it. The alternative was to strike back in anger – anger being the natural response when our boundaries are violated – but to do so would have endangered my very life.

Shame is protecting me. It’s the handbrake. But it comes at a cost: it’s hard to move forwards in life when you’ve got the handbrake on. And so I struggled to ever negotiate a collaborative position in relationships. I was always the one to blame – for everything. It made me a sitting duck for abusiveness, or at the very least for the relationally lazy indulging their one-way, selfish behaviour. By taking the shame stance, I allowed everyone around me to treat me badly. Anger is the boundary that says no to bad behaviour, and I never used it.

There are many ways to understand shame, but seeing it as a brake that stops me being angry has been one of the most personally helpful. I realised its utility, its survival benefit. It helped me to reframe shame as an attempt to survive, rather than as intrinsic to my being. Shame deflects further harm by shrinking small and taking the blame. Understanding this at least helped to reduce the shame I had for having so much shame.

Shame so often has been conceptualised as a belief in the badness of the self, a construct of faulty cognitions. ‘I’m not bad,’ we say to ourselves, dutifully, a lame attempt to convince ourselves of something we evidently don’t believe. ‘You have nothing to be ashamed of,’ comes the rejoinder from those around us. But neither is effective. Over multiple decades of life, I have learned that shame rarely diminishes simply because we tell it to.

Instead I have been learning to identify my patterns of please-and-appease, to recognise that shame is masking my anger, and to consider whether I need to take the blame to feel safe, or whether I could resist the blame with a gentle – and under control – ‘no’. Because if we persist in a shame stance, if we continue to depend on it as our only survival response in the face of threat, then we will continue to be blamed and abused – the story, really, of my life.

It’s not an easy task to lay hold of anger and use it gently, constructively, self-protectively, wisely. It’s not easy to get it right – to express anger and let it speak a ‘no’ to protect ourselves, without becoming abusive ourselves. This is my continual challenge. I’m trying to persuade my shame that it doesn’t need to keep protecting me, though – that it can allow me to defend myself in active ways, through fight and flight and not merely through freeze. This is the story of recovery from a dissociative disorder in microcosm.

Does shame act as a handbrake on anger in your life? What might happen if you were to release that brake a little, and stand up for yourself? Can you stand tall and equal, without roaring aggressively forwards or kangarooing to a stall? In what ways has shame subsumed your anger?

How shame saved my life

What if shame is nothing to be ashamed of … but instead is the hero in our story?
Even as I write it, my head is twisting inside-out, upside-down to get used to the idea. But it’s something I’ve come to firmly believe is true, no matter how counter-intuitive it may feel.

Podcast: #8 – Shame, Unshame and who you really are

In this podcast, I talk about the crippling isolation of shame, and how to move beyond it. I talk about how shame is a survival strategy which tries to keep us from being hurt. And how, in moving towards ‘unshame’, we need to find out who we really are and live from that place of deep self-compassion.